The SECRET for Successful 2019


One bright and humid afternoon my mother was giving me a bath outside our home. I would be 5 years young at that time. So, When I was young, actually very young, I used to take a bath outside the house sometimes during summer. And that was the day of that outside bath. As I shared I would be 5 so no shame of taking a bath outside the house because of no fame, at that time. After I completed cleaning myself, my mother dried me with a towel and started having a conversation with a lady who used to live exactly opposite our house. And as she was conversing with the lady, she was also making me ready for the day. Drying was over. She poured some oil on my head, gave me a gentle and short massage, poured some oil on my body, again the same gentle and short massage and mind you friends the chit-chat between the Ladies is still going on. And after the oil drill was over, She started clothing me, I want to tell you, friends, as I was her child, I devoted myself to her, especially in that Bathing activity. So, at that time as well I surrendered myself to her. Now, Clothing process was going on and the conversation with the neighbour as well, it continued… continued… and after a while when my nakedness was completely concealed, what I saw was, you will be shocked to know, I was wearing a FROCK, Yes, A girl’s frock and that one was of my sister’s. And when I realized that I am wearing a frock of my sister, immediately I said to my mother, “Mother look you have put Mahima’s frock on me.” And when she looked at me, she laughed surprisingly and I laughed with her too.


You see friends; my mother was giving me the bath but as soon as she started having a chit-chat with the neighbour, she was mentally more involved in the conversation than my bathing activity of which she was in charge. The point I am making is that she was more COMMITTED to the conversation rather than making me ready and that's why she clothed me with a FROCK and not with my clothes which were kept near to the frock.

Friends, this was a very simple and funny instance. But, it gives a very important message. LET’S BE COMMITTED. 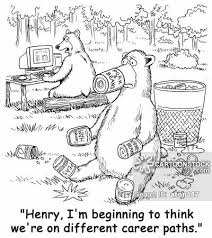 The dictionary defines Commitment as -

The state or quality of being dedicated to a cause, policy or person, a pledge or undertaking.
or
It is an engagement or obligation that restricts freedom of action.

The one thing we all required in this MESS-AGE in 2019 is COMMITMENT. I see many youngsters very quickly changing their decisions, they are not focused enough, may be they don’t have goals to achieve or other people influence them very easily. And yes, it is mostly with the youth but we witness the same problem with people of every age-WE ARE NOT COMMITTED TOWARDS GOALS.

Ok! Let me share with you a real and inspiring example of Commitment.

It was the Men’s Singles final of Madrid Masters in 2011 between the then World No.1 Rafael Nadal who before this final has 37 straight wins and World No.2 Novak Djokovic who also has won 33 straight matches before this final. Both the players were very confident, very happy that they are in the finals but yes very nervous as well because it’s FINAL. Novak Djokovic defeated Rafael Nadal in the finals and won the title and also the 34th straight win. Another important thing was that the match being played was on Clay court, of which Nadal was considered as the king, but we might say that that was not his day. In the post-match presentation when Novak was asked about the match, He said, “I walked onto the court thinking I could win.” and next morning one of the local newspaper wrote- “Djokovic Shocks Nadal.”

What a temperament Djokovic had. Think, who was more committed to the goal they have to achieve? As Djokovic shocks Nadal in that match, I am telling you, friends, we can shock the world by our COMMITMENT, to our work, studies, family, etc. With commitment we can achieve anything we like, anything we aim. If you have made that you have to achieve something, just be committed to that aim, that goal. 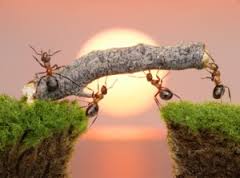 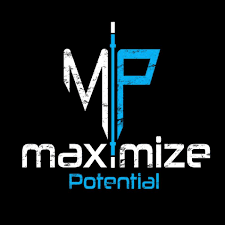